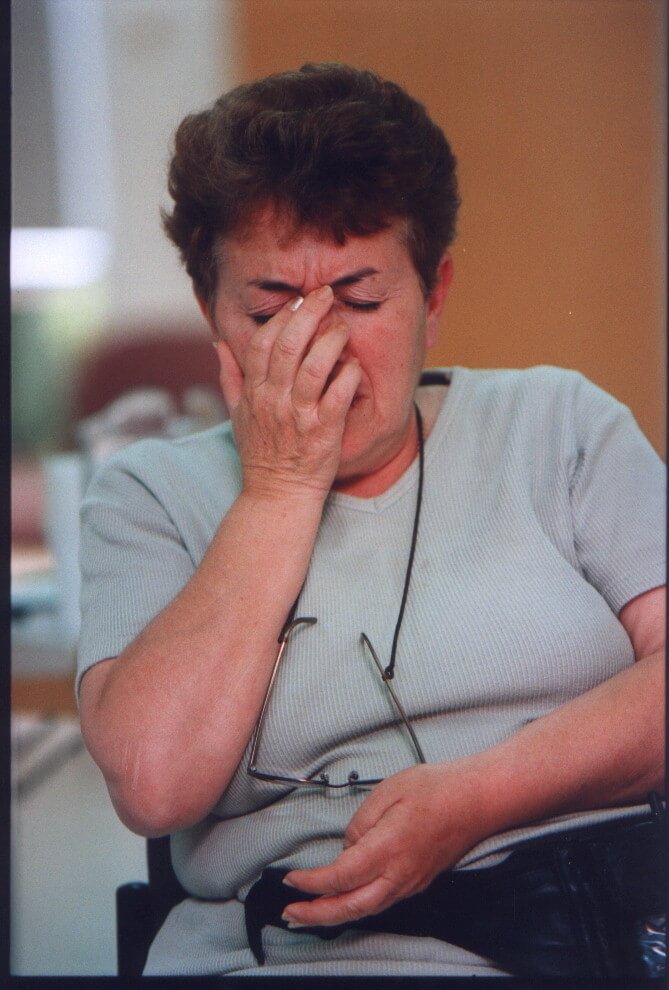 TEL AVIV, Israel (JTA) — Faina Dorfman, who immigrated to Israel from Uzbekistan hoping that her only child would have a better life here, walks along a stretch of beach just south of a tattered seaside disco called the Dolphinarium.

Ten years ago, a young Palestinian detonated a bomb packed with nails and bullets as he stood amid a crowd waiting to be let inside for a night of dancing.

The suicide bomber stole away the life of Dorfman’s 15-year-old daughter, Yevgenia (known as Genya), along with the lives of 20 others, most of them teenage immigrants from the former Soviet Union.

“The world is a crazy place where people kill each other and never learn,” said Dorfman, a strong sea breeze blowing as she spoke. “Like everyone else, I never thought this madness would reach me, my family.”

Ruth Bar-On, founder of SELAH, an acronym for the Israel Crisis Management Center, which assists immigrants affected by sudden tragedy, rejects the sentiment described by Remennick and expressed at the time of the attack that such suffering is a way into the Israeli collective. Instead, Bar-On points to the outpouring of compassion and support by native Israelis seeking to help the families of those killed or injured following the attack.

Some 600 people volunteered their services within two days after the explosion, she said.

“It was a turning point, this wave of support, compassion and generosity,” Bar-On said.

“And Israelis also simply got to know these families, whether bereaved or of the wounded, and got to know the young people affected because of the massive media attention.” Read more.