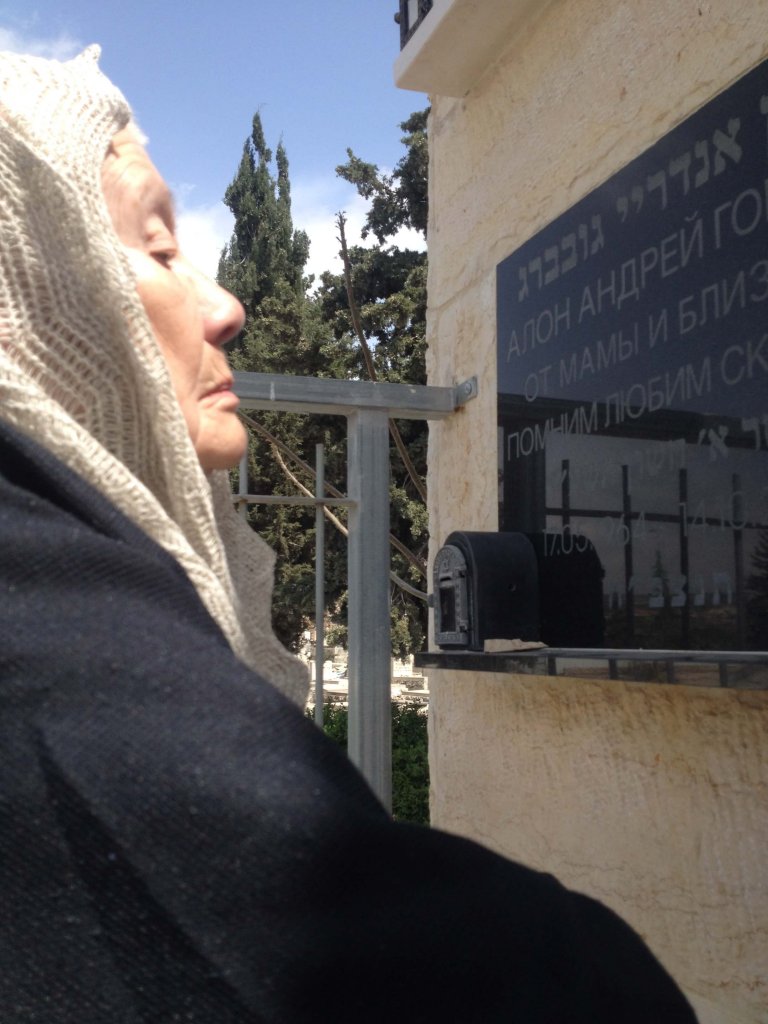 Isolda lost her only son Andrei-Alon in a Jerusalem bus terror attack in October 2015. A security guard at the YMCA, he struggled with the two knife- and axe-wielding terrorists and managed to throw one of them out of the bus, a selfless act of heroism that saved lives. Andrei was 51 years old at the time of his death and had no family of his own. Isolda, his widowed mother and a retired doctor in the field of radiology, was left on her own. She suffers from chronic pain and lives in an assisted living accommodation, where she is confined to a wheelchair. Andrei was her bridge to the outside world. Selah has provided her with intensive support since the tragedy and has accompanied her on her visits to her son’s grave. Her Selah social worker speaks her language and helps her to persevere through the devastating and daunting emotional and practical hurdles of losing her only son. In her darkest times, Selah is there, as aid and advocate.