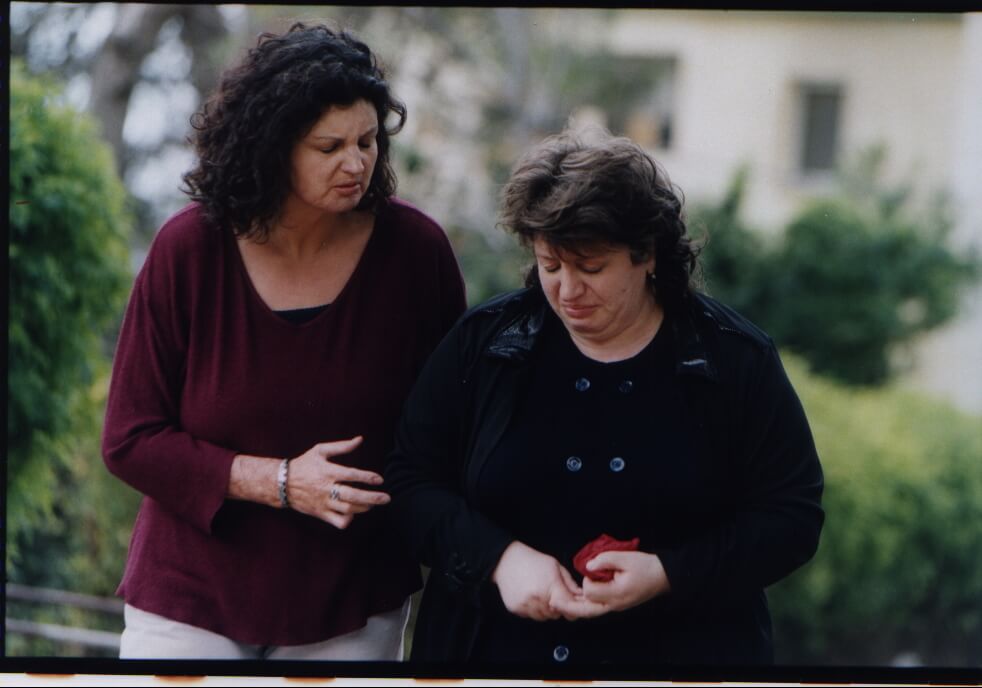 Anna, originally from Odessa in the Ukraine, immigrated to Israel with her nine-year-old daughter, Irene, in November 1992, and soon started to work as a full-time English teacher in a school in Afula, in northern Israel.

In 1994 Anna was the victim of a terror attack in which approximately 70 percent of her body was burned. She spent the next 11 months in hospitals, underwent corrective surgeries, and today still follows a rigorous course of physical therapy.

Throughout her slow and painful recovery, Anna received extensive help from SELAH. Volunteers were constantly by her bedside. SELAH helped with the care of her daughter, provided essential financial and emotional support throughout her extended recuperation, arranged for practical household items, lobbied government agencies on her behalf and brought her mother to come from the Ukraine on an emergency basis. In every respect, SELAH helped Anna cope and rebuild her life.  For the past few years, Anna, knowing first-hand the pain of attack and the isolation of the new comer, has been one of SELAH’s main volunteers, working tirelessly on behalf of other immigrants facing a life-altering tragedy.

Before coming to Israel, Anna had studied English Language and Literature at Odessa State University, where she received her M.A. and qualified as an English teacher in 1976. In addition to teaching courses for adults and at the middle school level, she also served as Deputy Head Teacher at a high school in Yalta.  Anna has done research on teaching English as a second language and has participated in international student exchanged programs.  She speaks Russian, English, Hebrew, and Ukrainian.

In Anna’s own words:

In a stormy sea of ​​loss of identity and pain, a rock appeared in the image of Selah and its volunteers.

They were by my side throughout the healing process. They became my family, and when I started walking again on my own, I joined Selah as a volunteer.

Volunteering became my way of life. I got involved in an organization that shows the citizens of the State of Israel its sensitive sides.

In the many thousands of cases that Selah has reached in recent years, I see life renewing itself:

Children who have lost parents are covered with warmth and love. Bereaved parents are given the strength to continue their lives for the sake of the children who remain for themselves and for the wounded, whose recovery process is shortened by the supportive and desirable family around them.

In the support groups and joint activities, people who have experienced loss and pain find solace in each other and continue their lives with the help of professionals and volunteers, some of whom have previously been helped, and today are willing to support others

At the core of “Selah” are Israeli-born volunteers who believe with all their hearts that the immigrant deserves a home in Israel, and  by home he means first of all a supportive and helpful family in times of crisis, which impact the already difficult challenges of immigration.

Like the sand and the sea, love of others still exists in Israel and people who love always have hope … hope for a better future. The future is in the very next moment. When we feel it – we live. Is that really so little?